Police killing innocent people on the streets, like they didn’t matter. Husbands killing wives to get a shot with the other woman, wives killing husbands for inheritance. Children have also turned into the occult world, they are killing their parents as sacrifices to the under world, what has our world turned into? What have people become? Our hearts have become cold as stone, crimes committed without someone flinching! My heart bleeds for our generation, Christians are being persecuted and beheaded all for Christ’s sake! We are truly living in the last days.

When Job had lost everything all in one day, his friends came to him and sat down with him, as part of solidarity. Then Eliphaz the Terminate said In Job 4:7-8 “Consider now: who being innocent, has ever perished? where were the upright ever destroyed? As I have observed, those who plough evil and those who sow trouble reap it. This statement is absolutely true, the truth has a way of coming out no matter how much you might try to cover it up. Darkness has never won over light, and satan will never win over Christ, he was defeated at Calvary and will remain defeated. The Bible speaks of those who will endure to the end that they shall receive the crown of life, we are definitely living in times that would make you think of giving up due to the way of life and surroundings of everything happening around us. Consider this however, when you think about eternal life, its absolutely free, everything that God gives us is free and doesn’t have any strings attached. While on the other end, everything that the devil gives has an attachment to it. He told Jesus that he would give Him all the wealth and powers of this world, as it was handed over to him, and it required worship to him, Jesus refused to bow to the devil, and we should borrow leaf from Him. Whenever the devil gives you wealth or powers and anything that you’ve asked him for, number 1, you will have to worship him, 2 you will have to make a sacrifice, 3 you will have to do everything that he tells you to do, its like your a puppet being puppeteered by the devil himself. You will not have a life of your own to live, he will not give you peace of mind, he will control you and if you don’t agree to his ways, as we have seen of people who leave the occult, they are murdered. 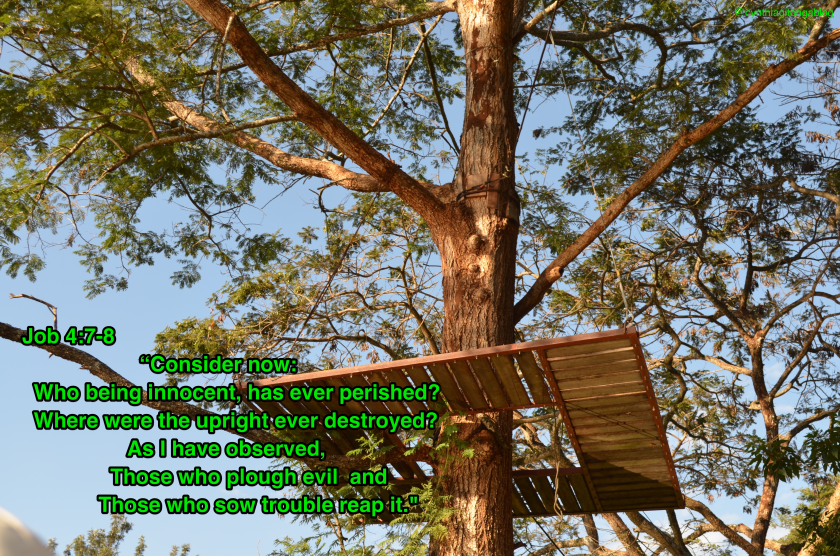 We are living in times where Bible prophecies that were foretold are coming alive, we are living in times that clearly give warning signs that Christ is coming back. However, just as He said in the Bible, that everything that has been written & foretold in the Bible will have to come to pass, then the world will end. Its not a time to get scared, its not a time to get paranoid and think that everyone else is over thinking, but its a time to open our eyes and realise that the end is drawing nigh. Its a time for those that don’t know Christ as their Lord and Saviour, to receive Him, those who are not living their lives for Him, to change their ways and follow Christ. May God open our eyes to see things for what they truly are, may we never get comfortable in our lives & think that we are okay, may we always be on guard and work out our salvation with Fear and Trembling.