Today is one of those days when my mind takes a stroll to I don’t know where, reflecting on life and all it entails. today I asked myself, If I died today, how would It be? Who would cry for me? Who would feel the void? Would people even notice that Cynthia was no more? Or will their lives move on as usual? Off course life would move on, but would I have impacted anyone? would I have touched anyone to live differently and seek God? Truth be told when all is said and done, that is the work that we were called to do, to be the light of the world!

The wind blows, we hear the sound but we can’t catch it! Ever felt as if you were chasing after the wind? The urge to do what you wanted to do was really strong and you felt as if everything was pushing and leading you towards it, but only to realize that it was just the wind, and nothing that you followed bore any fruits? Its times like this when we feel really disappointed, angry and even stupid! I use the word stupid because, chances are when we followed such a path, we were warned of the consequences which might occur but did we care to listen? nope! Am pretty sure you’d have told off the person warning you like no ones business! how dare they get in your way? how dare they thought you were making the wrong decision?

Many years back I had an encounter that whenever I remember about it, I just laugh it off because well thats the only thing I can do now, laugh it off. I was helping my mum out in her salon many years back, a good customer of mum’s walk in to make her hair. As mum was doing her hair, chit chatting here and there, this lady mentioned that she saw a pastor friend of ours in a pub drinking alcohol and misbehaving. You should have seen me and my mum, rolling our eyes, shaking our heads with an attitude defending the pastor. It was so for real! we defended this pastor like nobody’s business, its like we were there with him! We rebuked the lady and told her to stop spreading lies about men of God. How wrong we were! The lady left mums salon and never stepped back again, I mean how could she? her own hairdresser together with her daughter were all up in her case! But guess what, everything the lady told us was true, this pastor was pretending and living a lie. He would preach on Sunday’s and people, got saved, healed, I mean the anointing that was on his life was amazing.

However, just like many of us, he had a weakness, he had affairs with women who were not his wife, was an alcoholic and it reached a point that his character couldn’t be hidden anymore and the secret was all out for everyone to see. What am I saying? Have you ever seen a husband who had the best wife anyone could ever wish for, but he still cheated on her? Or a wife who had a husband who loved and adored her, but she still chasing after ben 10 boys? People who seem to ‘have it all’ people who seem to be ‘content’ with life, but still they chasing after the wind! chasing after things and people who will never be theirs! chasing after their own lustful minds, which after being fulfilled, will still look for more! Its like there are usually two personalities within us, the good and the bad! When we feed the good then good keeps growing and growing until the bad has no place within us. But the opposite of it is true, when we keep feeding that which is bad within us, then automatically evil wins and evil keeps growing and building inside of us.

Its a choice really, its all the choices that we make today and keep making every single day that determine our tomorrow! But the big question is are we chasing after the wind or are we chasing what God has placed inside of us. The truth is, God has good plans for each and everyone of us, and for all of us, there is always God’s plan and our plans. What we might want isn’t what God has in place for us and so we see a clash or even rebellion. We become big babies crying and wanting things that don’t belong to us, and when we get them they don’t last because they didn’t belong to us in the first place! Who do we kid anyway? unfortunately its just ourselves, we keep going round and round in circles, why? for how long? where does it stop? when do we come to admit that we need to align ourselves to Gods plan over our lives? Can you imagine a world whereby each and everyone is living as per the will of God? a world that aligns itself to Gods purposes for them? Seems like picture perfect right? seems impossible! but this is what God whats for all of us. That we will align ourselves to His will and purpose over our lives. 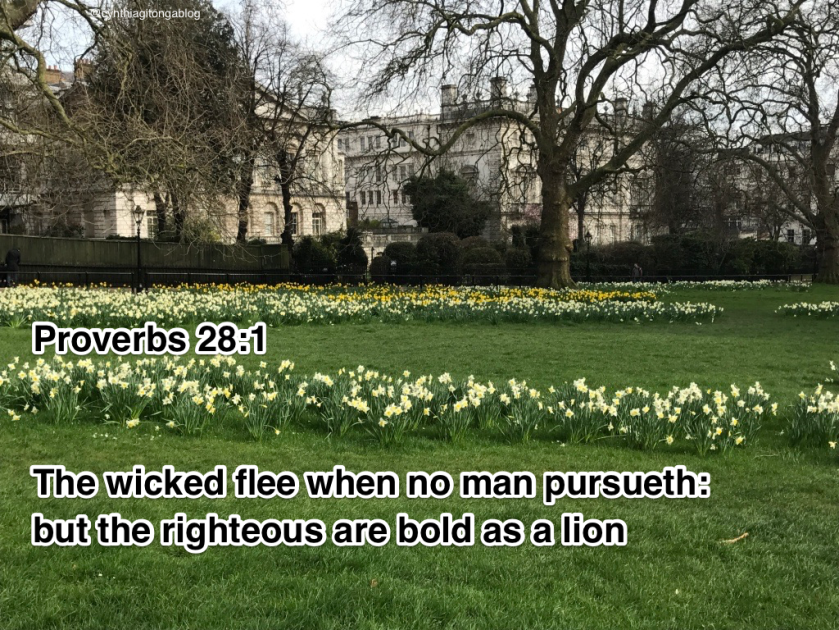 Dear younger me, if I knew then what I know now, I wouldn’t have made the mistakes that I made, but now I know better! Now I know what is right from what is wrong, and I am not going back to where I was. I have decided to follow Jesus, Christ is enough for me! no turning back. My prayer is that we will all reach to this turning point, to stop wasting time on things that don’t matter, to stop chasing after the wind and follow Jesus Christ the Savior of the world.

Fact – as long as you have the breadth of life within you, there is still a chance to change your mind and follow Jesus and I guarantee you that this will be the best decision you will ever make in your life. Chase after Jesus who will give you life everlasting, who will renew your strength, who will save you from hell’s fire and make your life meaningful, everything else is vanity!!